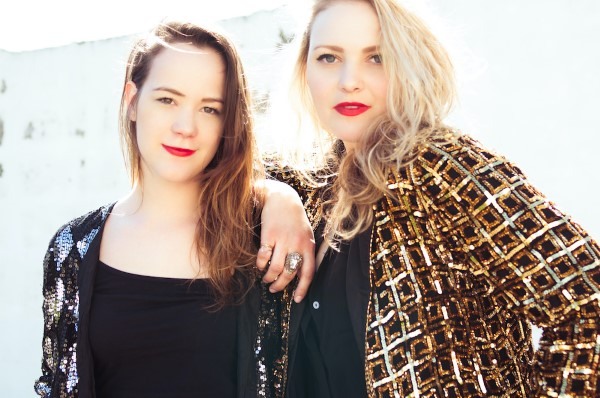 The band’s laid-back rock n’ roll attitude sits between garage rock chops and dream pop melodies with a gritty, rebellious edge. The 10-song collection is skewered between the grungy Winnipeg and the glamorous California — this is where rock n roll lives.

As for “Dollar Dreams,” it’s a track tinged with sweet reverb-drenched melodies and guitarist/vocalist Stef Johnson’s alluring lyricism, the swooning shoegaze-esque anthem captures the fleeting feeling of being shot in the heart with love at first sight, as if by cupid himself. The accompanying music video is described by the band as a “little love letter” dedicated to their home base of Winnipeg in Manitoba. Speaking on the video Stef says

“I love the juxtaposition between the Hollywood sign and the Garbage Hill sign, it just feels so good to me, those two signs are a perfect reflection of our new album: Hollywood Hills meets garbage dump, glamour sparkle meets grungy grit.” “Dollar Dreams is a fantasy,” Stef says speaking on the track, “it’s about letting your imagination run wild and romanticizing the possibilities of the future… We say “Dollar dreams in Winnipeg, California” right off the bat because we want to make it clear that these moments happen everywhere, just like life happens everywhere. Our fantasies and dreams happen where we are.”

Winnipeg, California was produced by Eric Ratz (Billy Talent, Arkells) and Dave Genn (54-40, Marianas Trench), whose respective fingerprints add a slick sheen to the band’s gritty swagger. Mise en Scene has turned heads at major international festivals like SXSW, Reeperbahn, The Great Escape, and Primavera Sound and shared stages with acts such as The New Pornographers and Best Coast.