To crib a line for the Hitchhiker’s Guide to the Galaxy, Canada is big. Really big. If you tried to draw a chalk line joining the birthplaces of Hawksley... 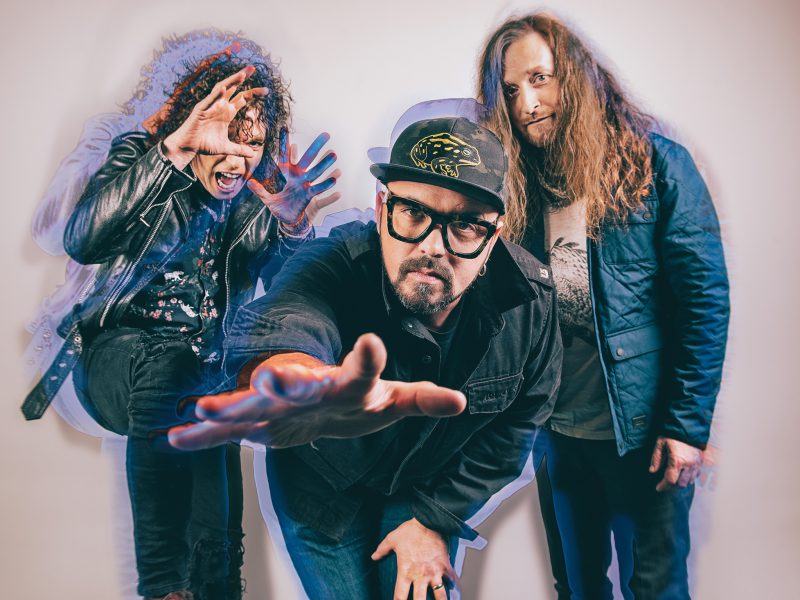 To crib a line for the Hitchhiker’s Guide to the Galaxy, Canada is big. Really big.

If you tried to draw a chalk line joining the birthplaces of Hawksley Workman, Steve Bays, and Ryan Dahle—all of them prominently Canadian, all from separate corners of this enormous country—well, you couldn’t. It’s too big.

Here’s another thing that’s big: “Headphones”, the deliriously catchy first single from Mounties, a band that started as a chance meeting between the three men at the 2009 Juno Awards, and became a spectacular, improvised two week recording session three years later.

Accompanied by a funky, homemade video assembled by Bays himself, the casually brilliant single reached #9 at Alternative Radio and #12 at Modern Rock (BDS) in early 2013, while clearing the path and prepping the troops for live appearances and an album set to come later in the year.

Dahle describes “Headphones” as “pretty unique”, at least compared to the other 30 or so tracks that the trio, commandeering three separate studios in Vancouver, blurted out over that inspired fortnight of recording. In all of its six-and-a-half minute glory, the beefy, apocalyptic “If This Dance Catches On” revealed yet another patch of the big picture when it became the second single in June.

Like the rest of the full-length that Dahle and Bays are busily mixing, it’s what Dahle calls a “song from zero,” improvised from the ground-up—Workman on drums, Bays and Dahle on an array of vintage guitars and keyboards—and captured to tape once the three bandmates were finished throwing ideas at each other in an old Airstream trailer sitting outside.

“And we just did that day in and day out,” says Bays, who refers to Mounties as a dream project. “You end up with jammy kind of music but just poppy enough that it doesn’t seem too self-indulgent.” Adds Dahle: “I think we’re looking for something that excites all three of us at once.”

Considering what each of these musicians has achieved separately over the years, and how much we might owe them as fans and listeners, the implications of that statement are fairly staggering. If you tried to draw a chalk line around that statement—well, you couldn’t. It’s too big.