If The Sharkweek EP was the experiment, and their debut full-length Circulation was their exploration – Divorce is JPNSGRLS’ explanation. Through eleven ambitious tracks that sidewind their way through... 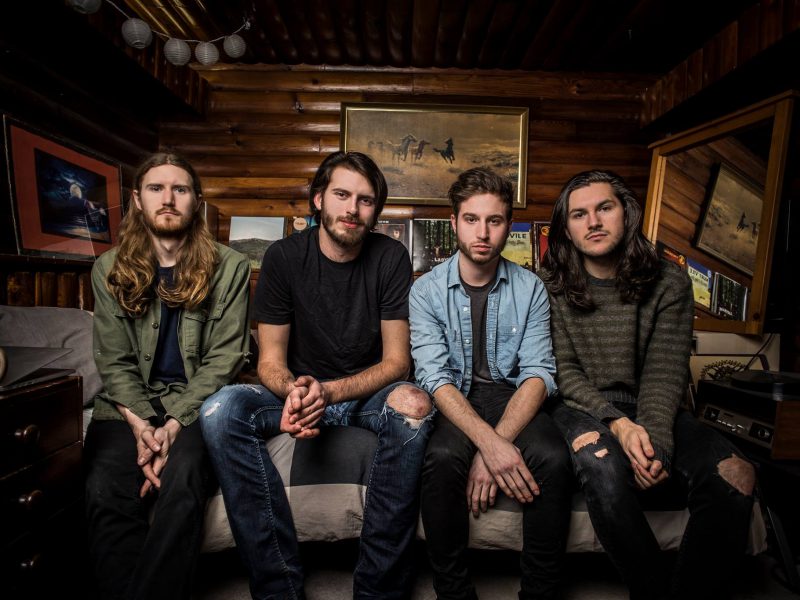 If The Sharkweek EP was the experiment, and their debut full-length Circulation was their exploration – Divorce is JPNSGRLS’ explanation. Through eleven ambitious tracks that sidewind their way through a range of instrumental intensities and lyrical contexts, the group cement their position as one of Canada’s most original, exciting and thought-provoking young bands.

On Divorce – out on Light Organ Records – lead singer and songwriter Charlie Kerr tries to move away from typical (and topical) indie rock cliches. The result is an album of unorthodox love songs; about letting go rather than holding on, about love as a two way street, about what could have been, and about how we approach love in the modern world.

Kerr says, “ Divorce was a scary record to write… but I took a lot of time writing it. With everything on this record, I was ten times more deliberate than I had been in the past. The subjects are too important and I didn’t want to come off as preachy or cheesy. I needed to get these things out.”
While love – and loss – lead Divorce’s strong message, the music – provided by bassist Chris McClelland, original guitarist Oliver Mann (continued by new member Colton Lauro), and drummer Graham Serl – is what takes the listener on the journey that only JPNSGRLS are capable of.

The amalgamation of independent creativity can be heard in every song; the unpredictability found in the eclectic yet complimentary mix, reflecting the inconsistent aspects of Kerr’s own personality. It’s left to the band to hold this together, and with the driving dominance of the Serl-McClelland rhythm section pumping out masterful and edgy layers combined with the well-placed cross-section of electric guitar tones, they far exceed this requirement and give each song the reputable JPNSGRLS stamp of authenticity. From the instantly recognizable guitar riff of “Bully For You” that carries the intro into an explosive full-band attack, to the immediate punch of reverb-laden strums as the opening notes in “Oh My God”, to the pulsating drum beat and rapid fire guitar in “A Girl From A Different Dimension”, which harks comparisons to your favourite catchy rock groups from the early 2000s – be it The Hives, The Strokes or The Libertines – and those stunning guitar effects on “Trojan Horse”, the group showcases the record’s textured blend of bold garage rock and excellent production.

In spite of a polished finish, the album captures the essence of their much lauded live show, which has been cited as “full of intensity and gusto” ( Nottingham Live), “chaotic energy” ( Coog Radio), and “tremendous” ( Huffington Post). The band made sure of this, with every track well and truly road tested, from Singapore to the UK and back again, before they went into the Los Angeles studio with producer/engineer Dave Schiffman ( Rage Against The Machine, The Mars Volta, Biffy Clyro) and Monarch Studios in their hometown of Vancouver with Tom Dobrzanski ( The Zolas) followed by Steve Bays ( Hot Hot Heat, Mounties, Fur Trade).