Sun Wizard first united back in 2008, when a couple of days on Vancouver Island turned into an impromptu acoustic gig gone right for bassist Francesco Lyon and songwriter-guitarists... 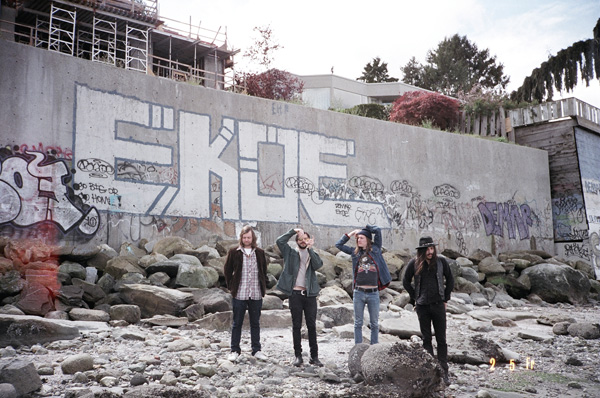 Sun Wizard first united back in 2008, when a couple of days on Vancouver Island turned into an impromptu acoustic gig gone right for bassist Francesco Lyon and songwriter-guitarists Malcolm Jack and James Younger. The lineup solidified the next spring, when drummer Ben Frey joined the fold and the four rockers began gigging regularly in the clubs and dive bars of their home city. They didn’t waste any time in hitting the studio, recording the EP Maybe They Were Right in summer 2009 and self-releasing it later that year. Meanwhile, they continued to hone their live chops, becoming local favourites and sharing the stage with the likes of Smith Westerns, Vetiver, Girls and the Cave Singers.

The band’s back-to-basics rock style and blue-collar work ethic earned the attention of Light Organ Records, and the label issued a seven-inch,Quit Acting Cold, in summer 2010. This was followed in March 2011 by the band’s full-length debut, Positively 4th Avenue. Recorded to tape at the iconic Mushroom Studios by Colin Stewart and Dave Ogilvie, this ten-track collection showcases the band’s no-bullshit formula of catchy choruses and fist-pumping energy. The band’s timeless rock ‘n’ roll sound traces its lineage from the Kinks through to classic acts like Fleetwood Mac and Tom Petty, as well as recent revivalists like Oasis and the Strokes.

After touring Canada throughout the summer of 2011, in support of Positively 4th Avenue, the band went straight back into the studio, this time around with Steve Bays (Hot Hot Heat), and began working on their Sophomore Album, due to be released in the spring of 2012.