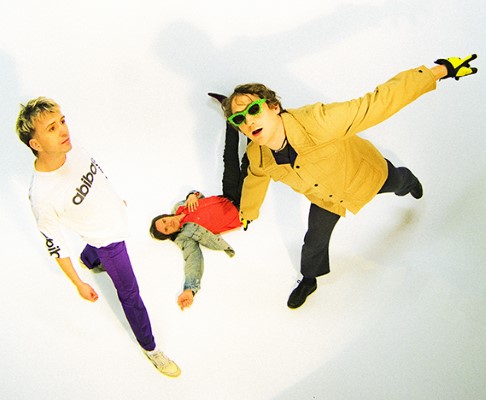 Their electrifying interpretation of the yesteryear hit will resonate with generations of music fans. The Zolas stay true to form of the Poppy Family’s recognizable shangrila of 70s fanfare while updating the vibe to match the current mainstream of today’s alternative pop.

Released in late 2021, Push Button Radio is the reimagining of CanCon radio hits — each delicately restructured and performed by new-age Light Organ recording artists, and their varieties of styles and eclecticism.

“When I agreed to write the liner notes to Push Button Radio, I visualized it as a simple, pleasurable, and easy trip down memory lane,” recalls Jonathan Simkin, President of 604/Light Organ Records in Vancouver. “I did not anticipate the intense mental journey that would ensue. I started by listening to the songs — both the covers, and the originals just to refresh my memory.”

The Zolas, a JUNO Award-nominated four-piece from British Columbia, are a Canadian rock outfit with a handful of distinctive and accolade-earning records to their credit. When approached to perform on Push Button Radio, they turned to the psychedelic pop group of their home province to join the album — the Poppy Family. The Zolas’ reimagining of “Where Evil Grows” earned them praise from musician, producer, and publisher of the track Terry Jacks himself — noting, in particular, Zach’s vocals on the final cut.

“Terry signed off, and I feel great about having two Poppy Family covers on the album,” says Simkin. “The Poppy Family was an international success story, and I remember hearing these songs on the radio in the 70s. Even at the time, I remember thinking they were kind of like a scarier, more menacing version of the Carpenters. Beautiful melodies and gorgeous harmonies presented in full glorious angst. Songs about the dark underbelly of interpersonal relationships wrapped in such lovely music. The Zolas do justice for this song.”

The Zolas also provide a visual component to the track, bringing the song to life in a music video:

“I thought of the concept for the ‘Where Evil Grows’ music video while waiting for an elevator in my apartment building. COVID restrictions were pretty tight at that time so you were only allowed a few people into each elevator so I had to wait and watch three ‘full’ elevators stop at my floor. Each elevator that passed, I saw a little scene play out in front of me and I thought it was an interesting glimpse into some people’s lives. By the time an empty elevator finally came for me, I was already walking back to my apartment to write up the concept for the video.”

“Where Evil Grows” (Poppy Family cover) is featured on Push Button Radio, recreated by The Zolas. Discover this track, and other nostalgia-inducing 70s masterpieces by Light Organ Records.