Adaline was the first act asked to participate in the cross country train ride Tracks On Tracks, put on by Green Couch Sessions and CBC Radio 3. Her release... 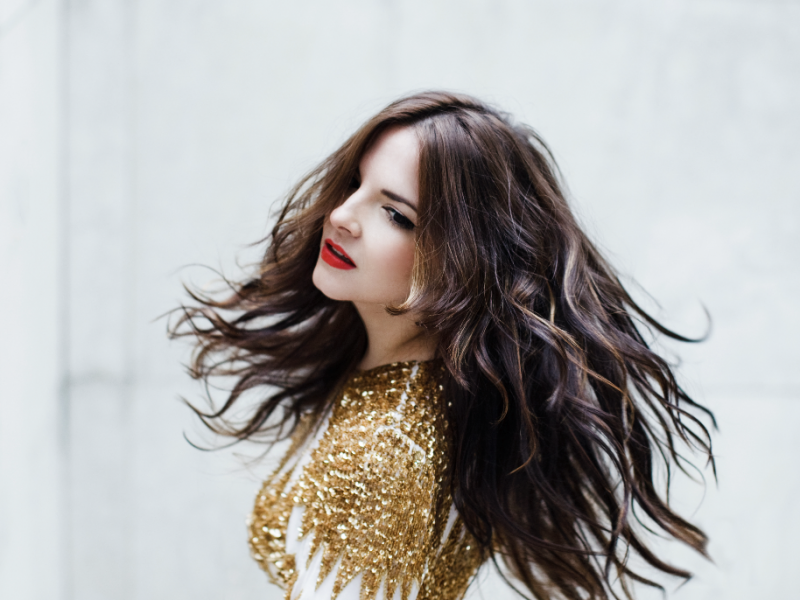 Adaline was the first act asked to participate in the cross country train ride Tracks On Tracks, put on by Green Couch Sessions and CBC Radio 3. Her release Modern Romantics has been critically well-received having been produced by Hawksley Workman (Tegan and Sara, Sarah Slean) and has sold out large venues over the last few years. Her video for “The Noise” has had heavy rotation on Much More Music, and she was featured on the cover of The Province, a Canadian newspaper.

From pulsing rock, to cabaret, to orchestral ballads, Adaline creates meticulously crafted soundscapes where brass, strings, and vibraphone meet electric guitars and programmed percussion. Classical and pop sensibilities produce soundtracks that are both artistic and accessible. Often compared to the likes of Fiona Apple, Cat Power, and Tori Amos, Adaline takes her place among these artists as one who is also inspired by the craft of songwriting and the power of performance.

Adaline’s debut full length album, Famous For Fire, recorded at the prestigious Factory Studios and at Demitone Productions, was released in 2008. Showcasing the talents of over 20 Canadian musicians the album is a stunning symphonic tapestry with electronic, folk, and rock persuasions. The album received rave reviews from critics all citing her as one of Canada’s most exciting new artists and she was placed in the “Top Echelon of Canada’s Female Indie singer-songwriters” by the Vancouver Sun, the Calgary Herald, the Edmonton Journal, The Ottawa Citizen, The Star Phoenix, and the Montreal Gazette.