Good vibes. Those two words keep coming up when Andy Bishop talks about the Railtown Sessions. Indeed, good vibes are what planted the seed for the project in the... 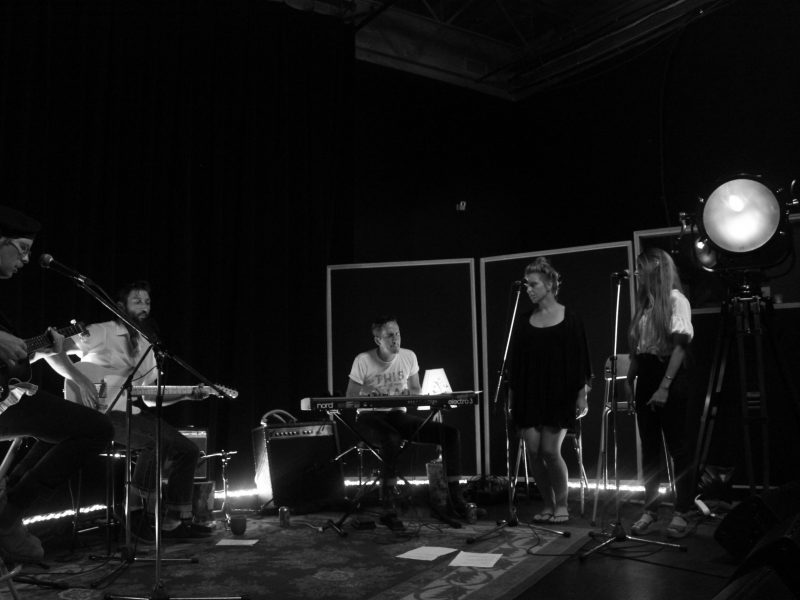 Good vibes. Those two words keep coming up when Andy Bishop talks about the Railtown Sessions. Indeed, good vibes are what planted the seed for the project in the fertile soil of his mind in the first place.

Sometimes, inspiration strikes when you aren’t even looking for it. For Bishop, it hit when he was awestruck by the vibrancy and vitality—and, yes, good vibes—of Vancouver’s music scene. “One night I was out watching some people play around town—some people I had known and some I hadn’t—and I was pretty blown away by the talent that we have that isn’t getting much representation,” Bishop says. “I thought it would be cool to record them.”

Bishop is a musician himself, and he’s no stranger to the Light Organ Records family. He is a member of Twin River, he’s the main creative force behind White Ash Falls, and he plays bass with James Younger. All of the aforementioned have released acclaimed albums on Light Organ.
When it comes to quality songwriting, Bishop is a man who knows what he’s talking about. So when he floated his idea for the Railtown Sessions—a project that would team up carefully selected tunesmiths with an equally well-curated group of session musicians—the label couldn’t say no. The result is a series of four-song EPs that turns a well-deserved spotlight on four singularly gifted singer-songwriters: Rob Butterfield, Debra-Jean Creelman, Sarah Jane Scouten, and Johnny 99.

With noted local producer and engineer Colin Stewart (Dan Mangan, New Pornographers, Yukon Blonde) manning the recording console, the sessions for each EP took place at Light Organ’s own brand-new studio located in Vancouver’s historic “Railtown” district. The clacking of the train tracks and the plaintive mew calls of the harbour gulls give Vancouver’s Railtown a distinctive quality that set the tone for the wood and wires that backed up the songwriters on the sessions. The all-star band included Matt Kelly on keyboards, Leon Power on drums and mandolin, Colin Cowan and Erik Nielsen on bass, and Rolla Olak on guitar. These talented men banded together to help create a distinctive sound for each EP in the series, backing the songwriters in a way that let the unique voice of each ring through loud and clear.

“They’re this ridiculous group of players,” Bishop says of the musicians he assembled. “It was really impressive to see them all work. And some of them had never even played together before. They barely even knew each other, but they just got right in there. The energy was just right. Good vibes.”
Good vibes indeed.