The Shilohs are a rock band in the timeless sense of the term. They consist of four friends who play tight and tuneful pop, harmonizing sweetly and delivering their... 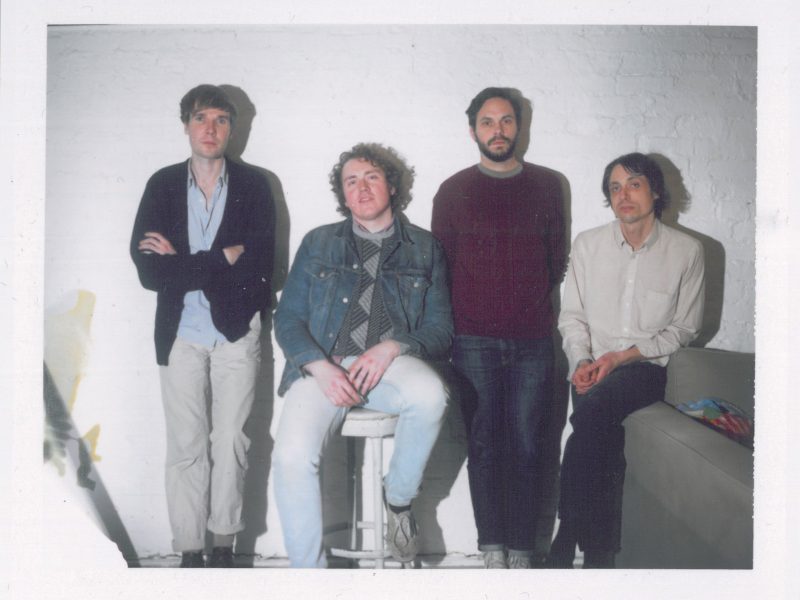 The Shilohs are a rock band in the timeless sense of the term. They consist of four friends who play tight and tuneful pop, harmonizing sweetly and delivering their songs with to-the-point sincerity.

Johnny Payne (vocals/guitar), Mike Komaszczuk (vocals/guitar), Daniel Colussi (vocals/bass) and Ben Frey (drums) met while playing in various bands in Vancouver, BC, and they formed The Shilohs in 2008. “We formed with the concept of being a band that writes short, snappy pop songs,” Colussi remembers. “In Vancouver at the time, there were lots of stoner rock bands. We wanted to be different.”

They released a self-titled EP in 2010, and signed to Light Organ Records for 2013’s acclaimed debut full-length, So Wild. The album prompted Spin to praise the band’s “delicious bit of Big Star-informed, Feelies-indebted pop,” while The Vancouver Sun gave it four stars and called it “a golden pop-rock nugget.”
Now, a little more than a year later, The Shilohs are back with a self-titled sophomore album. Once again, the collection was recorded with esteemed production duo John Collins and Dave Carswell (Destroyer, the New Pornographers), with sessions taking place at Vancouver’s iconic Mushroom Studios (a.k.a. Hipposonic Studios) and at JC/DC Studios. Payne, Komaszczuk and Colussi all shared frontman duties, with each contributing his own material to the project.

“It’s less purposefully referencing country rock and power-pop,” Colussi says of the sonically varied results. “It’s a little bit more all over the place.”
Payne agrees and adds, “There were three of us writing the songs, so it was inevitable. This time, it was a free-for-all. We have a bit more confidence, so we weren’t afraid to make one song completely different from another.”

This anything-goes approach is exemplified by the psych-tinged “Strange Connections,” which is laced with manic guitars. “Queen Light Queen Dark” culminates in a similarly noisy six-string freakout, while “Bless Those Boys” is a sprawling piano ballad with flourishes of baroque strings, and “Days of Wine” closes the album with beautifully bittersweet violin.

Elsewhere, breezy cuts like “Student of Nature,” “Champagne Days” and “Palm Readers” display The Shilohs’ enduring love of harmony-laced pop. Some of these songs were recorded entirely live to tape, while others were built using more meticulous layering.

The outfit spent the early part of 2014 travelling across North America with Real Estate. With three songwriters operating at the top of their game, the band is continuing to churn out classic-sounding slices of pop magic. Not beholden to the past, nor concerned with blazing new trails, The Shilohs are living proof that catchy hooks and honest lyricism will never go out of style.